It’s a common question among beginners that how long does it take to mine a Bitcoin? Well, there is no direct answer to it. However, you will clearly understand how it works and what is the average time it takes in this guide. Moreover, you will also know about the different aspects of what is  Bitcoin Mining. Before that, let me share a few lines about the creator of Bitcoin.

Nobody knows the true identity of Satoshi Nakamoto, the founder of Bitcoin and Blockchain Technology. The underlying technology for which we can use virtual currencies today. Bitcoin has become the most popular and one of the best investment options for many investors.

Apart from investing in it, many folks are interested in earning money by Bitcoin Mining. Here you will know how long does it take to mine a Bitcoin?

How Long Does It Take To Mine A Bitcoin?

It’s essential to understand Bitcoin block rewards to know how long does it take to mine a Bitcoin? To be precise, it’s not sensible to mine just one Bitcoin as a miner gets 6.25 units of Bitcoin for mining one block. The reward was 12.5 units of Bitcoin before the recent halving in May 2020. Initially, the block reward was 50 BTC in 2009, and it has become 6.25 BTC after the third halving event this year.

So it’s clear that you cannot just mine one Bitcoin; either you get one block reward, i.e., 6.25 BTC, or nothing at all. In most cases, you can hardly win a block reward because it’s not easy. It requires high processing devices (ASIC or GPU), which is not affordable for many people.

Well, if you have the right hardware set up and you are interested in mining, know how much Bitcoin can you mine in a single day.

How Much Can You Mine In A Single Day

In the Bitcoin network, a new block is created every ten minutes. With that being said, there are 144 blocks that can be created in a single day. Therefore, mining farms have many ASICs to increase their chances of winning.

Most of the individual miners don’t have access to such large Bitcoin mining rigs as the mining farms. However, there is a way to mine one Bitcoin with the help of a mining pool.

The distributions of rewards are calculated based on their hash power contribution to the mining pool. It’s one of the best ways to earn a Bitcoin by mining. However, it’s not possible to say how long does it take to mine a Bitcoin even if you are joining a mining pool. The reason is it depends on a variety of factors.

How long it takes to mine a Bitcoin also depends on the maintenance of the hardware devices. ASICs generally run 24/7, which shows that there may be a failure of the devices. So, it’s essential to fix your machines in case a problem occurs. Next, you might be thinking whether it is profitable to mine Bitcoin even today.

Is It Still Profitable To Mine Bitcoin?

Now that you understand how long does it take to mine a Bitcoin, you may want to know if it still profitable? Well, there are mainly four essential factors you need to consider while deciding the profitability of Bitcoin Mining.

As mentioned above, ASICs are high processing devices, and they need to run 24/7; they consume a lot of electricity. So you need to consider the cost of energy consumption.

Cost Of The Devices

Next, you need to consider the cost of the set up you need for mining. Generally, devices like GPU and ASICs are costlier than normal computers. So it also depends on the cost of these devices while considering the profitability.

Another thing that you should take into consideration is the shifting rewards due to Bitcoin halving. This year you can get 6.25 BTC for mining one block. However, it will be only 3.125 BTC in 2024 and halved subsequently every four years.

Above all, the price of Bitcoin is an essential factor that decides whether mining is profitable or not. As you know that the value fluctuates every now and then, so nothing can be said about its price at the time of getting the rewards.

Next, let’s know about a Bitcoin Mining calculator. It will give you an estimation of how long does it take to mine a Bitcoin? So, let me share how it works and how to use it.

A Bitcoin Mining calculator simply calculates how long does it take to mine a Bitcoin? You can go to the calculator and enter all the details, such as the hash rate of your device and the number of devices. Next, you must know where to store your earnings from mining safely.

How To Safely Store Your Earnings From Mining

Once you earn your profits, you need to store them safely. You will definitely need a wallet to store them securely. There are different types of crypto wallets, such as desktop wallet, mobile wallet, web wallet, hardware wallet, and paper wallet.

Although paper wallets and hardware wallets are the most secure, you can also choose a desktop wallet. Mobile wallets and web wallets are convenient and easy to use, but they come with some risks.

Hopefully, you have got an idea of how long does it take to mine a Bitcoin? So, it’s time to decide whether you want to mine Bitcoin or not. Also, there are many people who like to invest in Bitcoin through crypto exchanges and earn a profit when its value increases. Another way is by trading Bitcoin that requires knowledge of technical analysis.

However, investing in Bitcoin is highly risky due to several reasons. So, you should be aware of those risk factors and prepare before investing in it. Finally, please share your queries and opinion in the comment section. 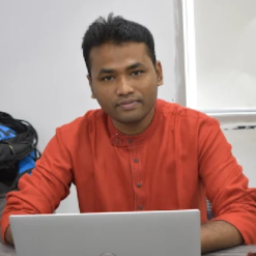